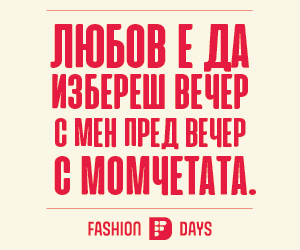 Do you feel sexy? Do you take after your grandfather? Is it true you always tell the truth? What is your opinion of America's gun laws?

This book was inspired by The Frenchman, a Photographic Interview by Philippe Halsman which was published in 1949 by Simon and Schuster. Philippe Halsman (1906- 1979) left Austria for France in 1931, opening a portrait studio where he photographed many leading artist and intellectuals. In 1940 he obtained an emergency visa to the United States through the intervention of Albert Einstein, whose most famous portrait was taken by Halsman. Settling in New York he began working for magazines including Vogue and Life, where he made 101 cover portraits. During the forties he also embarked on a collaboration with Salvador Dali that resulted in many iconic surrealist images.
The Frenchman happened by accident. Оne night Halsman was dining after the theater with his wife and as he was leaving he ran into Fernandel, France’s leading comic actor. Halsman took the horse faced Frenchman for a long lost friend and embraced him. “Seeing Fernandel innumberable times on a movie screen had tricked me into the illusion that he was one of my oldest friends.”
Halsman’s wife Yvonne encouraged him to shoot Fernandel for Life but Halsman argued that the actor unfamiliar to Americans. “So make it interesting” said Mrs. Halsman. And so the visual interview was improvised, and one of the most amusing books of portraiture ever was made. Halsman shot Fernandel for an hour on his Rolliflex. The photos begged the questions. Voila: The Frenchman!
The modest paperback sat on my coffee table for a few years and was always good for a laugh. One weekend my friend Wayne Maser and his wife Sciascia came to our house in Connecticut and I handed him the book. As he paged through it I could see that he was as amused by it as I was. We talked about how we could use the photographic interview idea today and several names came up. Finally Wayne said “What about Lapo?”
Lapo Elkann is not an actor or a comedian, although he is quite funny, but I could see it working. Lapo has a big personality and he lives in the public eye in a very old fashioned way. He’s a sort of Jet Set playboy in the mold of Porfirio Rubirosa, Aly Khan, Gunther Sachs and Lapo’s grandpa Gianni Agnelli. He makes an art of dressing and drives a Ferrari without irony, although he’s just as happy in the Fiat 500 he helped resurrect.
I wasn’t sure but Wayne was persuasive. “Look, we can do it as a test, as practice, and if it works out it works out. Lapo is huge in Italy and in China too.” I was game, so we shot Lapo in an afternoon with a HD video camera. As it turned out Lapo was like an old silent movie star, mugging for the camera like a natural. If you’re that much in the public eye, posing and presenting various attitudes for the press becomes second nature. And best of all, he’s not playing a character in a movie, he’s playing the character he invented himself.